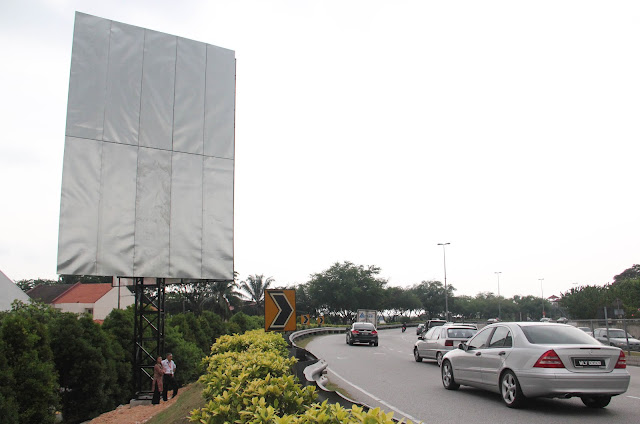 Article in SJ Echo – Mushrooming Advertising Billboard Poser
SUBANG JAYA, MAY 22 2012: JUST like mushrooms emerging after the rain, advertising billboards are popping up in Subang Jaya.
The latest billboard which was erected just over a weekend in SS18 fringing Persiaran Tujuan towers 40feet from the ground and is a mere few feet away from the barricades along the main road.
Prior to the placement and erection of the billboard, no notification was made to neighbouring homes and the required signboard on site with details of the project appears to be non-existent leaving ADUN Subang Jaya Hannah Yeoh totally in the dark about this latest move to earn more for the Subang Jaya Municipal Council coffers.
“There was no prior consultation with residents of SS18 especially those whose houses face the billboard which towers over their homes.”
“The billboard is located at one of the dangerous bends along Persiaran Tujuan where several serious accidents had happened recently,” Hannah said at the site of the structure. She spent some time discussing with owners of houses adjacent to the structure with MPSJ councilor Dr KM Loi.
Hannah said billboard applications submitted to MPSJ should be scrutinised and public consultation must be sought before a decision is made on the location.
“The location of this latest structure creates an uncomfortable environment for homes around it. Even structures erected at commercial areas should also take into consideration the impact on the nearby shophouses.”
“Billboards erected at commercial areas appear to be blocking the facade and signages of businesses there,” she added.
Hannah said she was seeking more information from MPSJ president Dato Asmawi Kasbi on this matter, especially on proposed and existing billboards in Subang Jaya.
She wants the permit for the advertising billboard in SS18 to be terminated once its license which runs until the end of 2013 expires and structure removed.
Hannah also wants MPSJ to declare and make public the quantum of revenue generated from advertising billboards in the municipality.
“We understand that such billboards generate a revenue for the local council. The revenue earned must benefit residents living in the immediate area.”
“I want the council to use the revenue generated from the SS18 billboard to be used to resurface the roads in the area and used to upgrade facilities in the immediate housing area,” she added.
In recent months, several billboards had suddenly popped up in Subang Jaya namely in SS13, SS15 and USJ6 (which was illegal). 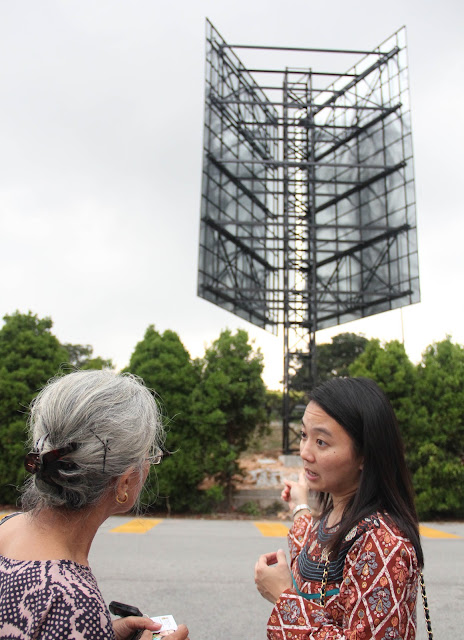 Meeting the residents in SS18 during the site visit yesterday
I’m requesting from MPSJ the followings:-
(1) For safety purpose, this unipole should be relocated. This bend on Persiaran Tujuan has seen at least 1 fatal accident recently. [The Timbalan YDP of MPSJ has informed me today that MPSJ is working on its relocation].
(2) Prior consultation to be done with stakeholders before future approval is given
(3) Revenue generated from these unipoles/billboards should directly benefit the stakeholders ie. resurfacing of roads in the vicinity
(4) MPSJ should declare and publish the revenue collected from these unipoles/billboards